Silicon Valley was worried about the wrong bubble

By Biz Carson for Business Insider

For the last year, the tech industry has been fretting about a bubble. Investors on all sides argued over whether valuations were too high or whether the tech sector as a whole was still undervalued.

Yet while Silicon Valley was obsessing over the startup bubble, it collectively failed to realize it was living in a completely different kind of bubble: a political bubble.

As the reality struck late Tuesday night that Donald Trump would be the next US president, tech leaders found themselves reeling.

Y Combinator President Sam Altman, who had compared Trump to Hitler but kept Trump-supporter Peter Thiel as a YC partner, tweeted that it felt like “the worst thing to happen in my life.”

Hyperloop One cofounder and early Uber investor, Shervin Pishevar, started a plan to get California to secede from the union.

Yes, there was a bubble in Silicon Valley — one that insulated it from the experiences and beliefs of half the nation.

Before the election, finding a Trump supporter in Silicon Valley was exceptionally rare.

It shouldn’t have been. Almost half the voters in the United States supported Trump on Tuesday. In San Francisco, one in 10 votes was cast for Trump. In Santa Clara county, home to a lot of  giant tech companies, one in five votes went to Trump.

As a Silicon Valley reporter, I personally spent over a month trying to find someone who would speak about supporting Trump. The one senior software engineer at a big tech company I did find refused to be identified publicly. He had already faced contempt and shunning after telling his teammates at work.

Most of the time when I asked a venture capitalist or a tech CEO if they knew anyone who was for the Republican Presidential nominee, I was met with laughter or a quick dismissal: “Oh no, I don’t know anyone who would support him.”

Many Silicon Valley leaders tried to stop a Trump presidency, and most thought it had worked.

The push started in the early fall when more than 140 members of the tech elite signed a memo on how Trump would be a disaster for innovation. Several others, including LinkedIn founder Reid Hoffman and Facebook cofounder Dustin Moskovitz, mobilized voting campaigns or donated millions. It seemed like a foregone conclusion Hillary Clinton would win, until it wasn’t.

Silicon Valley awoke to a world that hadn’t downloaded its message.

A scene from a Silicon Valley Fashion Week in 2014. Business Insider

“The biggest people in technology, media, and finance were all trying to figure out how to stop Donald Trump and he still won,” Kik CEO Ted Livingston told Recode right after the results. They “have been saying to the public, ‘No, no! You don’t get it!’ Yesterday, the public turned around and said to them, ‘No, you don’t get it.’ They underestimated how much a big chunk of the country is hurting.”

Inside the cozy bubble

Anybody who’s looked closely at Silicon Valley over the last couple years should not have been surprised that a lot of its leaders are completely out of touch with reality in a lot of the country.

A startup Juicero raised $130 million and told the world it was going to solve the “produce gap” in which people don’t eat enough fruits or vegetables. Its first product? A $700 wi-fi enabled juicer that looks great on a kitchen counter but does very little to help the very real problem of affordable access to fruits and vegetables, especially in food deserts.

Then there’s the litany of other “problems” Silicon Valley is solving: private chefs on-demand, a startup to take out your trash for you, or an app that connects people who are down to lunch.

The silly ideas are easy to write down to the age-old differences between the rich and the poor, between Palo Alto and podunk USA.

But it’s more than cultural dissonance.

Silicon Valley missed that people from rural towns to disenfranchised urban cores are truly hurting, in part because of an industry that they’ve created.

The death of manufacturing jobs in the US is well-documented. Silicon Valley pundits tell the people who are losing jobs to technology and automation to learn new skills. Better yet, become an Uber driver or rent out your spare bedroom on Airbnb.

Meanwhile, tech leaders are already spinning the next wave of tech-induced job loss as job creation. Uber CEO Travis Kalanick said that the rise of self-driving cars and trucks will mean more jobs, as people will be needed to maintain the fleets and step in when the machines can’t handle it. But that won’t be enough to account for the fact that truck driver is the most common job in 29 states as of 2014, according to NPR. 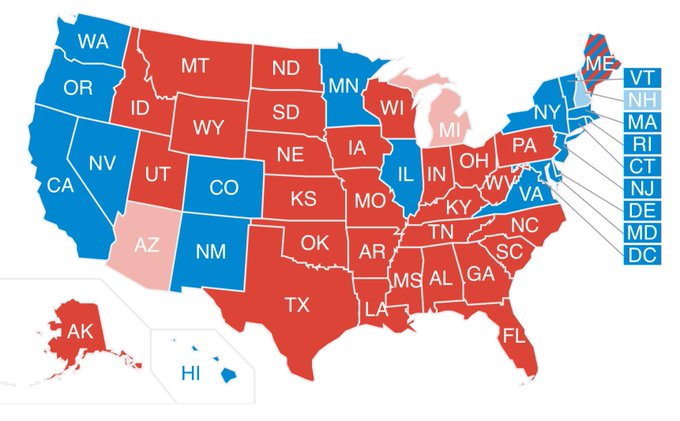 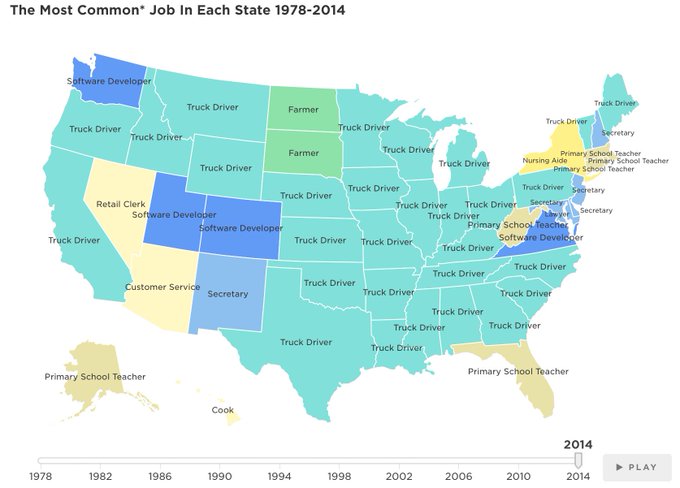 The trucking industry had been relatively immune to globalization since those jobs can’t be exported to cheaper labor markets overseas, but now it’s being automated. Self-driving cars and trucks are coming. Another wave of job loss, like the end of manufacturing, could be coming.

Now imagine that scenario in all the other sectors that Silicon Valley wants to conquer, like education and health care. Those sectors employ millions. Will the tech companies looking to “disrupt” those industries to lower costs make any provision for all the jobs their inventions will replace?

The tech industry’s pet solution for the jobs lost to automation is universal basic income, the idea that the government should give everybody free money to cover basic needs by food and shelter. This shows zero understanding of the dignity that people get from work — yes, even the menial jobs that don’t involve writing code to serve advertisements or help people order lunch to their desk at work. It could be a start, but it’s not the band-aid to the problem the tech industry might be hoping for.

Waking up to President Trump

The momentum of change is in favor of globalization and automation. It doesn’t make sense to re-hire a bunch of phone operators when our cell phones work just fine. The same will be said some day for the long-haul truck drivers and public transit operators.

Yet, the Trump election signaled to Silicon Valley that it’s time to look outside the bubble.

Software has eaten the world, and this is what’s been vomited back up.

All of the talk about diversity in companies extends to socio-economic and political diversity as well. The reaction to a Trump win shouldn’t be a time to advocate seceding from the Union and creating a perfect California bubble. It should be a time to figure out why people are hurting and trying to solve big universal problems, not just problems suffered by wealthy programmers and marketing professionals in Silicon Valley.

Peter Thiel, the only high-profile Trump supporter in Silicon Valley, summed it up to the New York Times the best:

“At the end of the day, it would be crazy to simply spend four years issuing denunciatory tweets on Twitter. For a day or two, that’s fine. But I hope Silicon Valley will be more productive than that.”

Failing To Adapt to eCommerce was The Downfall of Forever 21

From Book to Bank: How a Fintech Firm Found Its Calling