Blockchain Isn’t the Only Way to Distribute Computing

By Justin OConnell for CryptocoinsNews

Bitcoin and blockchains are not the only distributed computing models explored under the umbrella of technology. While Bitcoiners have claimed that “bitcoin is the currency of AI,” for instance, others don’t believe this is so. They, in fact, don’t believe they need blockchain to achieve some tasks bitcoiners believe only the blockchain can execute. Their systems include deep learning, evolutionary intelligence, and other novel programs.

Oh, and they don’t need to worry about block size debates. They scale.

A predominant fallacy in Bitcoin remains that the technology will change the world in various ways. While this very well may be so, it’s what’s called in legal terms ” a forward-looking statement.” These are very much frowned upon, considering the laws in various countries.

Dan Morehead, CEO of Pantera Capital, once parroted this common line which is as popular at least as “to the moon!”, another Bitcoin saying positing the currency might go to $1,000,000. “#Bitcoin will change the world…” he tweeted. He also suggests, implicitly or explicitly, how “hype” plays a large roll in Bitcoin’s evolution/adoption. Granted, Bitcoin very well may change the world, this line of reasoning is common with implying totally transform the world. Indeed, Bitcoin already has changed the world. 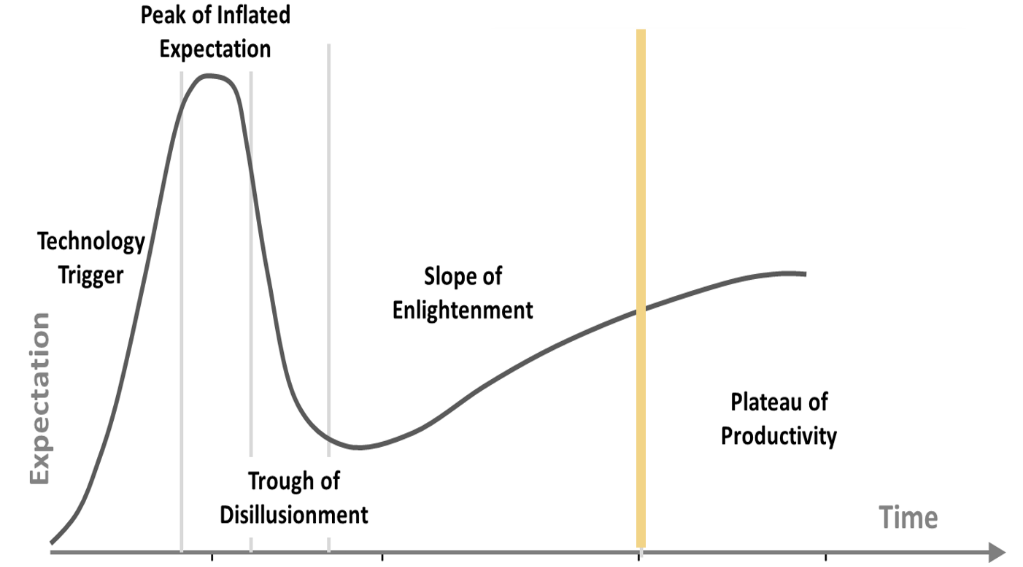 1. #Bitcoin will change the world—just not overnight, over years. @Gartner_inc’s Hype Cycle: http://bit.ly/miamipresentation …

Bitcoiners, as cultural tribes generally do, tend to look down on skeptics, critics and general outsiders.

High financial institutions investigate how blockchain technologies might affect their industry, but they theoretically have a menu of distributed computing techs from which to draw. These solve consensus, scalability and other problems differently than Satoshi Nakamoto did.

A large part of Bitcoin’s worth is thanks to a genre of computer science called distributed computing. Networked computers, in distributed systems, communicate and coordinate programs through relayed messages secured by various means. The orchestra of computers come together to compose a symphony of some executed protocols. To be more exact, Bitcoin is a sub-genre of a sub-genre. Distributed computing > Peer-to-peer apps > blockchain > bitcoin (bitcoin is the first – maybe even ultimately the best? – use-case of blockchain). Indeed, the beautiful part is all of these knowledge systems can be combined.

Other distributed systems include SOA-based systems (service oriented architecture where software is executed over a communication network such as the simple task of retrieving credit card statements online) and multiplayer online games.

Distributed computing means various machines interact with each other to solve some sort of problem or achieve some goal. All these different machines must be concurrent and they mustn’t deploy a synchronized clock (meaning all machines must be on the same time). The network must also be so robust that “weakest links” throughout the network don’t present a formidable risk to the system.