After sifting through thousands of submissions from the public and rejecting such tempting options as Banky McBankface and Mayonnaise, British app-only challenger bank Mondo has unveiled its new name: Monzo

Having invested substantial time and energy in building the brand, and issuing its first batch of 25,000 cards to users bearing the Mondo Bank name, in June a legal dispute forced the company to come up with a new moniker.

Sniffing a potential publicity coup, the firm decided to ask the public for help finding a new name, with the stipulations that it must begin with ‘M’, thus protecting the investment in the company logo, and that the name should work across different languages and cultures.

The name was unveiled live on YouTube on Thursday evening, where CEO Tom Blomfield also revealed that an Android app is very nearly ready for public beta.

The newly monikered Monzo, which has just received its banking license from UK regulators, says that it received over 12,500 submission and 4000 unique suggestions in just 48 hours. Having sifted through them with a team of trademarked lawyers, it has stuck on a name suggested by five people.

It beat out competition from Marzipan, Macaroni and Mayonnaise, to name just a few food-themed ideas.

Monzo, which has so far raised £9 million and is looking to bring up to £20 million more, is moving exclusively in to the current account market, promising users a menu of options from which to run their daily financial affairs.

Earlier this month, the startup announced that 30,000 users signed up to its mobile banking app in a public beta trial had so far spent £20 million using the product. The company claims to have a waiting list of 200,000 prospective users ahead of its planned launch later this year or in early 2017.

It will face competition from high street giants and a host of other digital challengers, including Atom Bank, Tandem and Starling.

The latter had a field day with the new Monzo monicker, having registered getmonzo.co.uk earlier in the week on rumours of Mondo’s name change. A visit to the getmonzo.co.uk address – mimicking the rival startup’s current getmondo.co.uk url – reveals a message from Starling Bank founder and CEO Anne Boden congratulating Monzo on its rebrand and inviting visitors to register with Starling.

Starling and Mondo have history, with Blomfield having previously collaborated with Boden in the early days of Starling before falling out and setting up his own bank. Starling told TechCrunch that it was planning to auction the getmonzo url for charity and match the resulting donation.

For Monzo, however, there may be further trials to come… 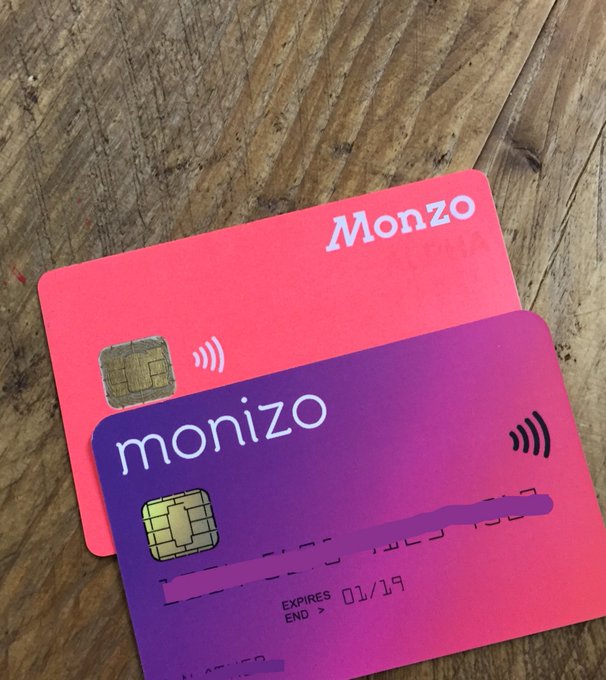 Digital banks vs high-street players: A battle for speed