By Jonathan Shieber for Techcrunch.com

On the internet, where “aggregation” is often the highest form of flattery, not everyone appreciates the compliment.

Content (in all its forms) is increasingly both the commodity and currency of the digital era, but the speed and ease of near-instantaneous global communication and a capacity for infinite reproduction has served to make it easier to sever the work from its creator.

Brooklyn-based Mediachain is hoping to change that.

Using a blockchain-like decentralized media library combined with content identification technology, anyone can register, identify and track creative works on the internet or in applications with the company’s tools.

“Mediachain is a universal media library where the infrastructure is inspired by the bitcoin blockchain and utilizes a content ID technology that’s similar to the technology that powers Shazam or Google image search,” says company co-founder Denis Nazarov.

Application developers can use the content’s metadata to automate attribution, preserve the history of the content’s movement and provide analytics to how content is being used.

Here’s what the company had to say about the service on their own blog.

Imagine being able to connect with the artist of a viral GIF you see in your feed, learn the history or origin of any image, or automatically reward a musician whenever you press play. Developers can build this and much more given the tools to discover and reuse information about our universal culture.

The Mediachain repository already has more than 2 million images or metadata records in its content library from organizations including The Museum of Modern Art (MoMA), Getty Images, the Digital Public Library of America and Europeana, the company said.

“What if all the information out there on the internet was shared … using Mediachain anywhere the media is you can identify the author and the story behind the image,” says Jesse Walden, one of the other co-founders of the company.

Basically, the goal is to enable more efficient and frictionless use of content, according to Walden. “Today when an image goes viral, millions of people may see it, but the creator of the work may never receive proper credit,”Walden says.

And attribution is a foreign concept for many online. Misattribution or plagiarism happens.

Shout out to all the photographers who've had their images of David Bowie used without license/credit all day, sometimes by legit companies 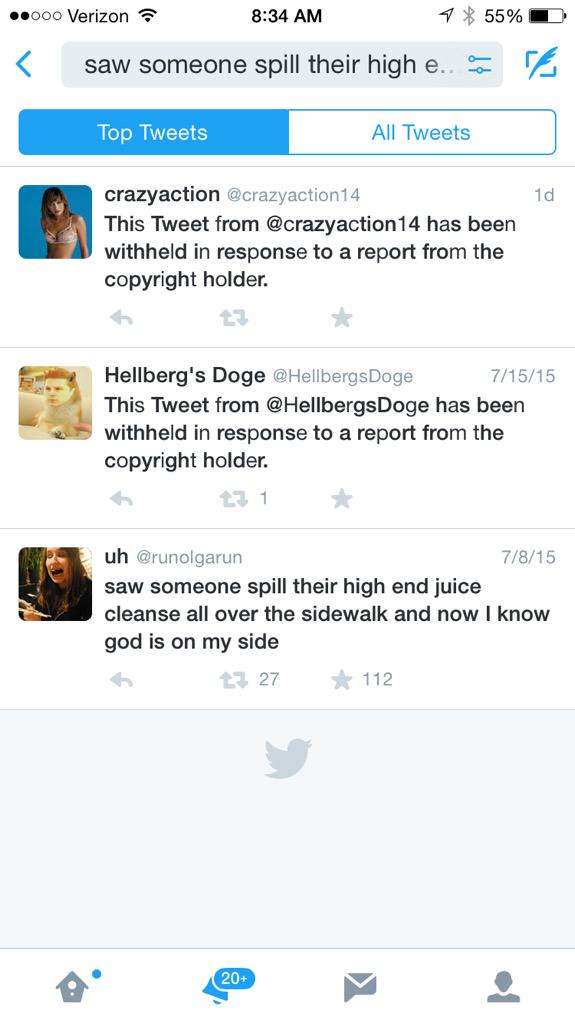 To me, what makes @fatjew so funny aren't the stolen jokes he posts, but THE WAY he posts them.

“Trying to enforce scarcity is a futile effort,” says Walden. “This is different from control and creating artificial scarcity.”

That’s what the existing copyright organizations try (and fail) to accomplish, according to Walden.

Both Walden and Nazarov came of age in the free-for-all file sharing ages of the early aughts. Napster, BitTorrent and Tumblr were platforms for file-sharing that were basically free… and basically anarchic.

While those platforms were great for innovation, the two co-founders of Mediachain that I spoke with were conscious of the fact that creative control was often wrested from the hands of the creator in a way that didn’t enable them to interact with their audience.

It’s one thing for the maker of a piece to cede control to their audience and another for a work’s originator to be rendered invisible to the people who appreciate it.

On Mediachain, ownership comes from publishing on the system and creating a Mediachain node. Developers use the Mediachain protocol to register content. As more developers log in, they are able to propagate the Mediachain dataset across different platforms.

For both Nazarov and Walden, the problem of attribution is more than academic. Nazarov was a fine art photographer by training, before he went into programming, and Walden helped launch a management company for recording artists like Solange Knowles.

“The long term blue sky vision that if creators are discoverable through their work, independent of distribution, then they can own the entire process of distribution and eventually monetization in a way that was impossible before,” says Walden.

“We live in a world where we have a free market on how media is able to be delivered,” he said. The model, in the eyes of Mediachain’s founders, needs to be flipped. Instead, the power needs to be with the creators, not the platform on which they distribute.

2022 Biggest Year Ever For Crypto Hacking with $3.8 Billion Stolen

Hong Kong to Require Stablecoin Licensing as Early as This Year