A Typical Day in a Blockchain-Enabled World Circa 2030

Let’s follow Crowley the Crocodile as he goes about his day in the year 2030, from the moment his bitcoin-powered bioalarm clock wakes him, until he eats his late night pizza ordered using a rating service that runs without human owners.

A blockchain is an online database that stores information across a network of personal computers, making it not just decentralized but distributed. This means no central company or person owns the database, yet everyone in the network can use and help run it, but not tamper with it.

The most popular use of blockchain technology today is bitcoin. The bitcoin blockchain manages around 200,000 bitcoin transactions a day, moving the equivalent of US$150 million around the world without the need of banks or other financial intermediaries.

Bitcoin is just the beginning for blockchains. In the future, blockchains that manage and verify online data will launch companies entirely run by algorithms, make self-driving cars safer, help us protect our online identities, and track the billions of devices on the Internet of Things.

In this excerpt from Bitcoin for the Befuddled, (2014, No Starch Press), authors Conrad Barski and Chris Wilmer imagine a whimsical but entirely possible snapshot of a chock-a-blockchain world 15 years in the future.  – Mark

By Conrad Barksi and Chris Wilmer

Let’s follow Crowley as his day unfolds. It all starts when Crowley wakes up in the morning. Crowley wears his sleep-optimizing bracelet at night, which uploads his pre-waking vital signs anonymously to the Internet. Using this information, machine-learning systems across the world use bitcoins to bid on the time Crowley’s alarm clock should go off, given his physical condition and sleep/wake cycle. The winning bid is the one that lets Crowley sleep the longest.

Because Crowley likes to take long, hot showers in the morning, he used to run out of hot water. But recently, a resident in his apartment building installed an industrial-grade hot water heater and is now selling hot water to other tenants to help with the cost. A chip in Crowley’s hot water faucet automatically dispenses bitcoins directly to a chip in the hot water heater. As Crowley turns the shower knob clockwise, more bitcoins are dispensed and more hot water streams from the shower head.

As Crowley leaves his house, he beams a few satoshis from his wristwatch to one of the robotic lawnmowers mowing his lawn. A lawnmower repair shop down the street builds these mowers and provides them for free. Each lawnmower collects its own earnings and uses the bitcoins to pay programmers on the Internet to improve its AI algorithms so it can earn more. In addition, the mowers visit the lawnmower repair shop to get upgrades and pay there with their bitcoin earnings as well.

Today, Crowley misses his bus on his way to work. Apparently, the winning alarm clock bidder failed to detect Crowley’s hangover this morning and cut the time too close. Usually, his bracelet would now dispense 20 satoshis to the winning bidder as a reward; however, because the bracelet calculates that Crowley has missed his bus, it draws upon a 100 satoshi insurance pool from an escrow account that the winning alarm-clock bidder had to set up as part of the bidding process. As a result, the winner loses money on today’s bid (the programmer has some algorithm debugging to do). 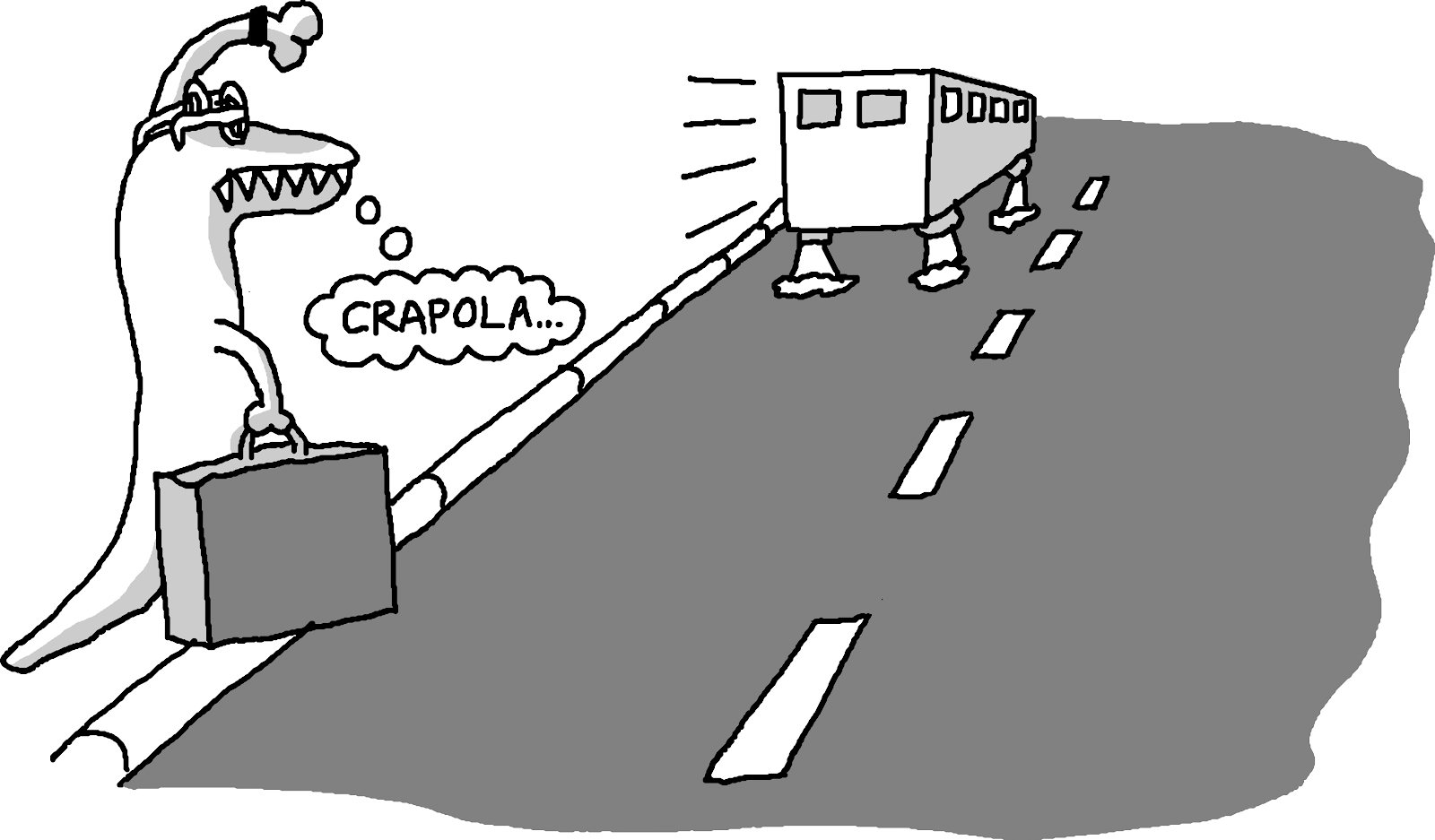 With the satoshis from the escrow account, the bracelet starts an impromptu Bitcoin auction with all nearby parked, self-driving cars to determine if any are willing to rent to Crowley. After entering the winning car, Crowley is off to work. 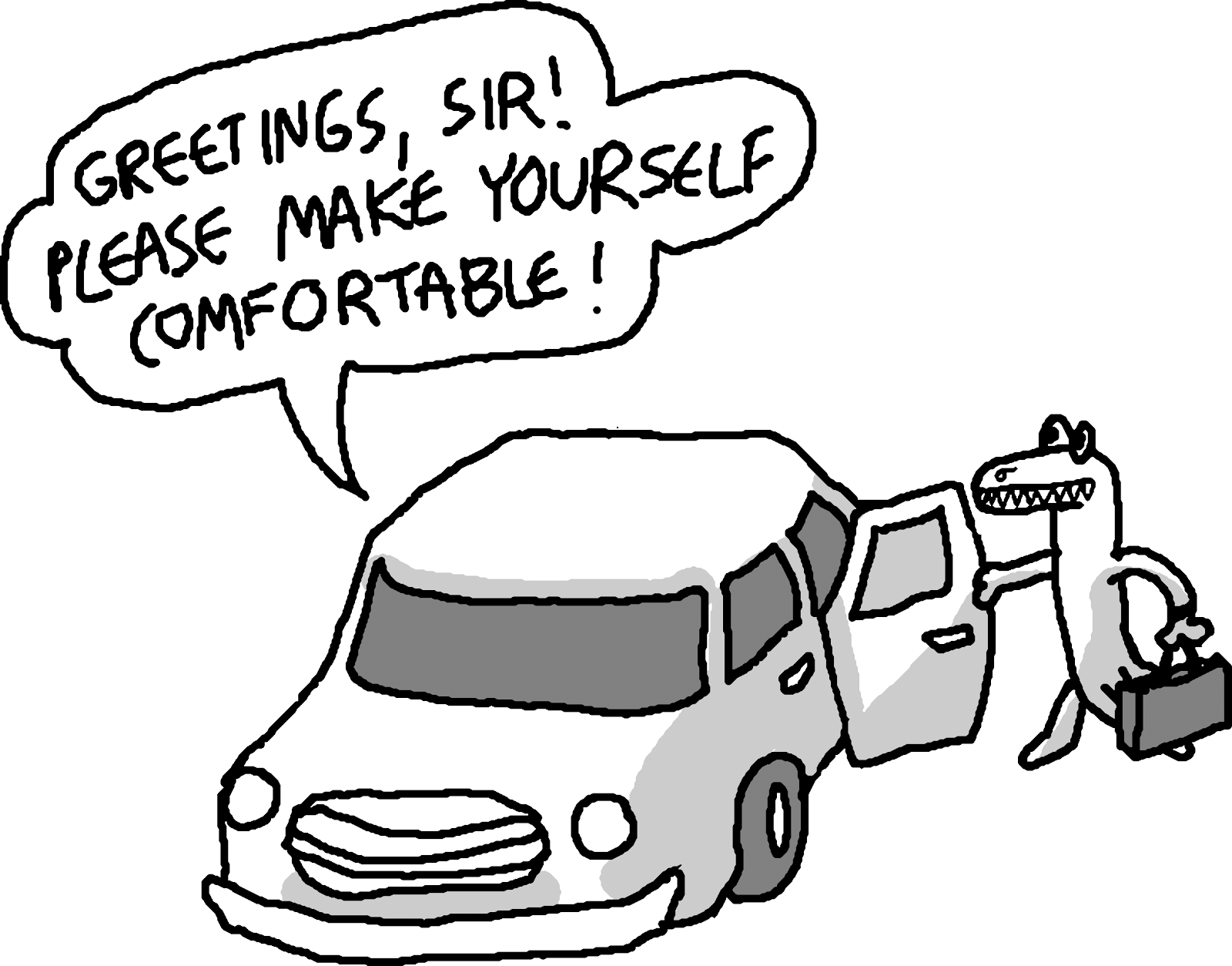 Today, Crowley’s real estate client is buying a house. Ever since the 2023 Digital Real Estate Reform Act, all houses are managed by simply tracking ownership of a single, specific satoshi assigned to each property. This satoshi acts as a colored coin, much like a title search in 2014. In effect, if the satoshi is handed to another person, the new person is assigned legal ownership of the property.

In 2030, Crowley just asks his Bitcoin wallet to do a title search by tracking the ownership of the satoshi linked to the house throughout the blockchain. Not only is this equivalent to an exhaustive title search and guaranteed to be 100 percent accurate, but his wallet software does this search instantaneously and for free.

Because the blockchain was used to track property ownership, the entire title insurance and closing costs for the house (sans agent commission) is just the transaction fee, which may cost less than a penny.

After his workday is done, Crowley sends some money to his mom, who is a Nile crocodile. Her village, like every village in Burundi in the year 2030, has a Bitcoin booth that converts bitcoins to Burundian francs for a mere 0.5 percent commission. Of course, anyone can buy most items directly using bitcoins anywhere in the world nowadays, so that commission is not a necessary expense.

Instead of catching the bus, Crowley decides to get some exercise on this beautiful day and get dinner on his walk home. Unbeknownst to Crowley, a woman named Sofia who lives on the street he’s walking down has just made a big salad for her family and realizes she’s made too much and will have leftovers.

For this reason, she takes a picture of the leftover salad and uploads it to a food-sharing website. On that site, reviewers are paid with bitcoins to supply estimates of the tastiness of this salad. Within a few seconds, Crowley’s phone rings because earlier he had put in a request for a meal of at least an 8 out of 10 rating in tastiness for no more than 15 satoshis that he could obtain on his way home, and Sofia’s salad meets his request!

How does Sofia know she can trust Crowley in her house? Crowley subscribes to an anonymous rating service, which for a 1 satoshi fee guarantees to Sofia that Crowley’s trustworthiness score is 9.5 out of 10. This rating service is built into the Bitcoin blockchain in the form of a script. Users pay small fees to be part of the rating service, and the rating service (a computer program) uses these fees to pay for its online ads. In effect, it is a financial entity without an owner, living in cyberspace and paying for its own resources. This type of entity, called a distributed autonomous corporation, is made possible by blockchain technology.

After a long day at work, finally at home, Crowley relaxes in his recliner in front of the tube. In the middle of his favorite movie (Harry Potter and the Forked Blockchain), a pizza commercial appears. “Darn!” he exclaims. “That was a healthy salad I had for dinner today, but I could really go for a pizza chaser.” 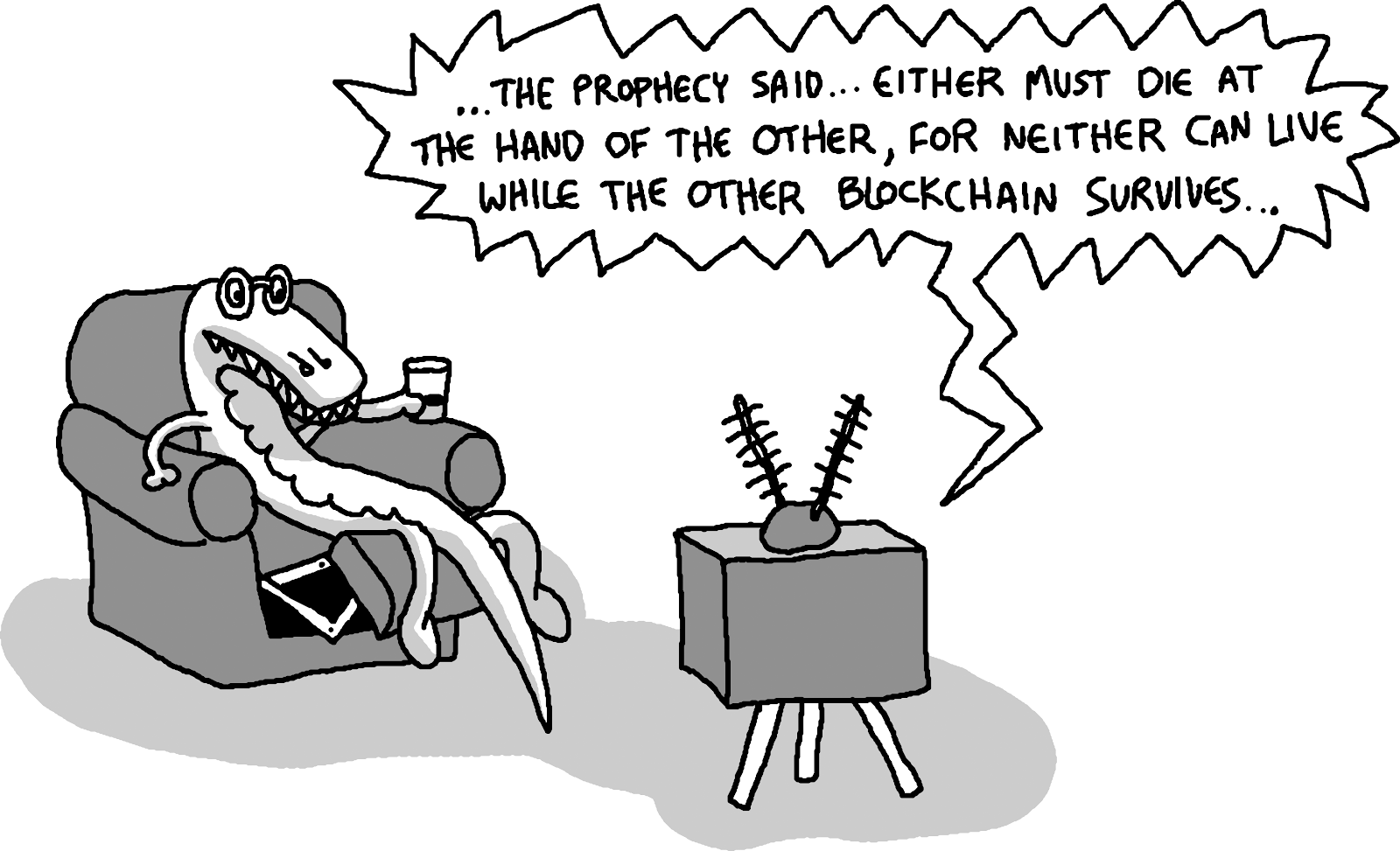 The reason this commercial suddenly interrupts Crowley’s movie is not coincidental. Just at that moment, a pizza van driving by his house enters an automatic Bitcoin ad auction with Crowley’s TV, earning the right to show its pizza commercial! 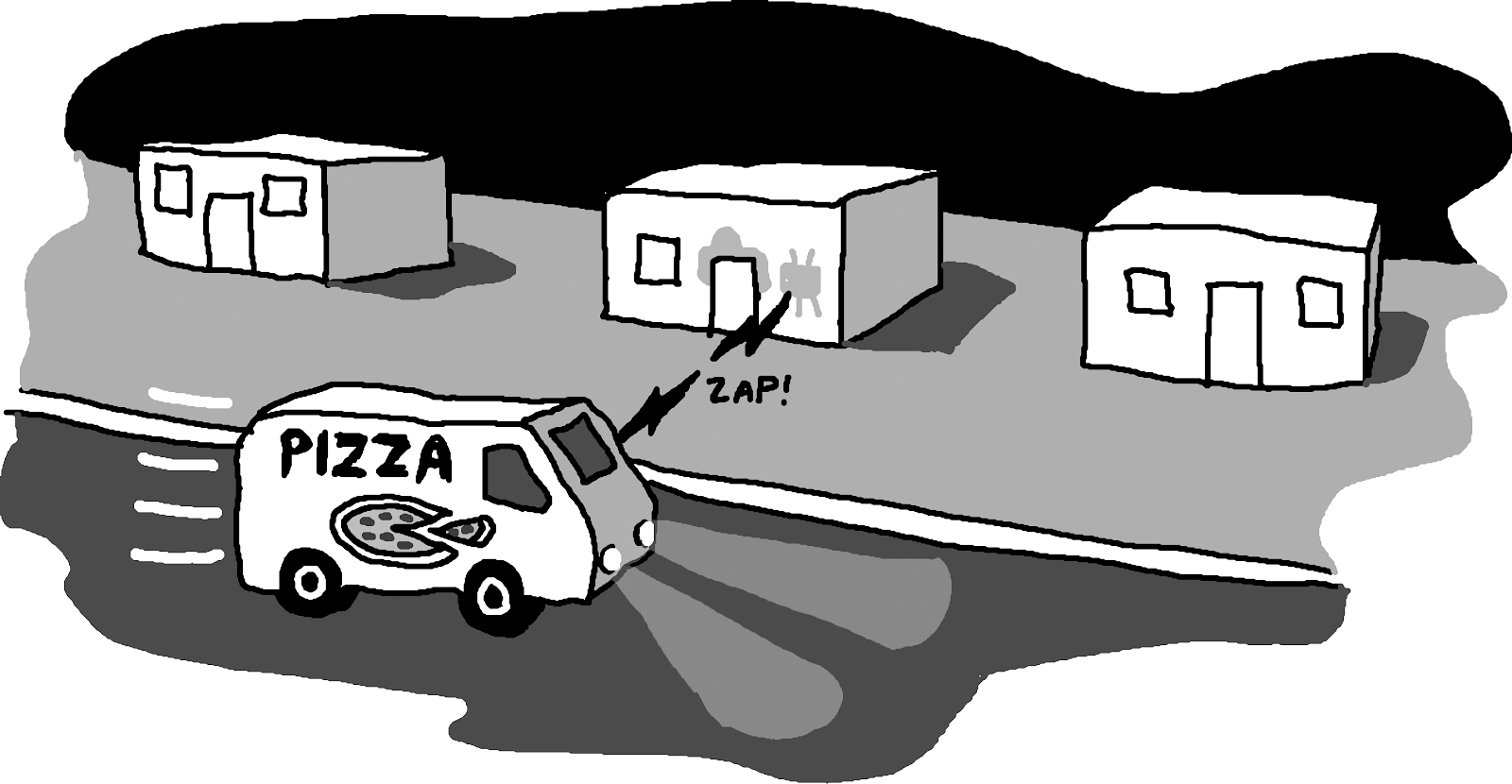 All Crowley has to do is simply open his mouth: In response, the gesture-recognition system in Crowley’s TV automatically sends 8 satoshis to the pizza van. 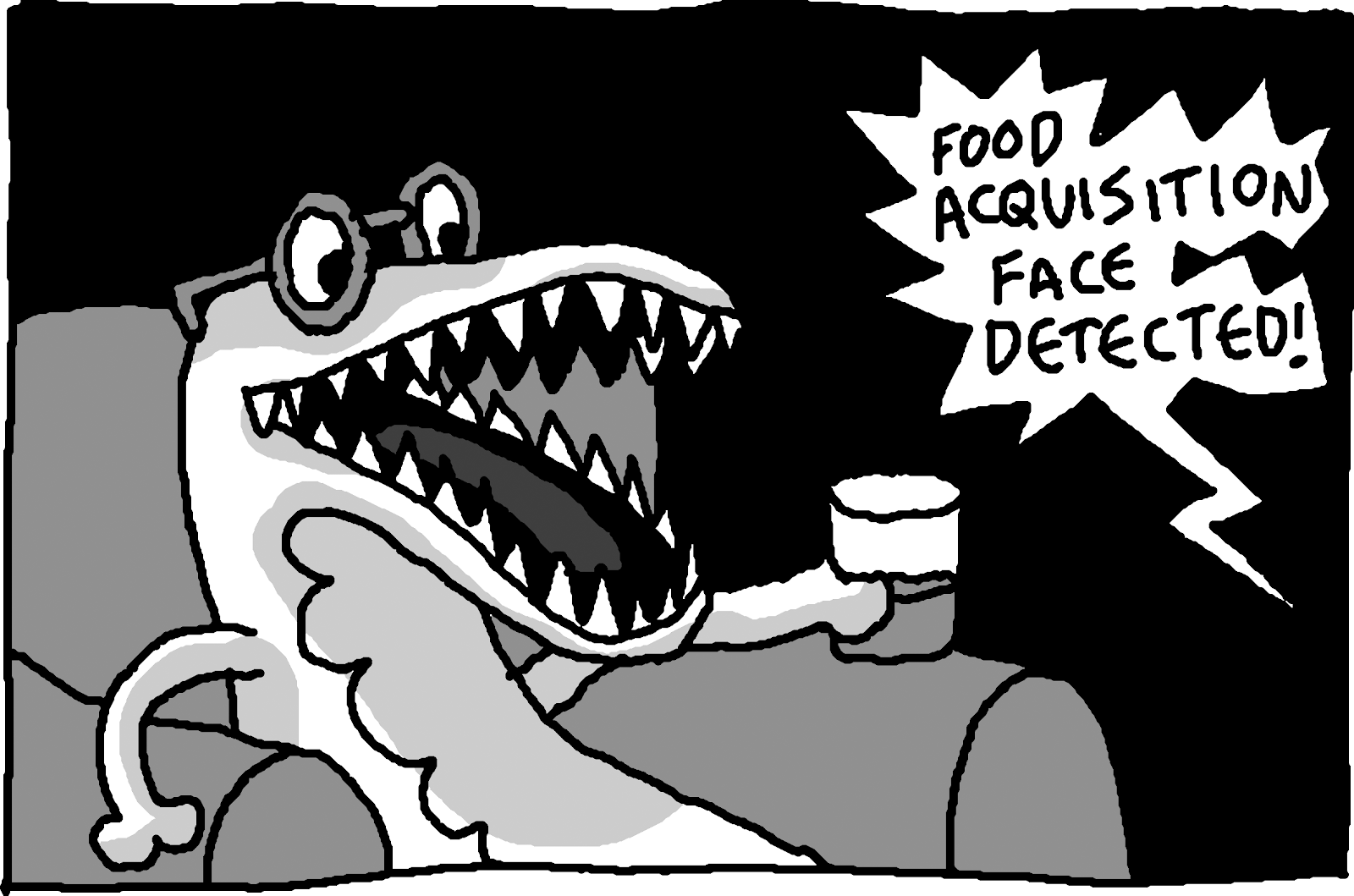 In short order, the pizza van places a slice of pizza on a conveyor belt that extends from Crowley’s house.

Within seconds, a robotic arm reaches out from the base of Crowley’s recliner, grabs the slice of pizza from the conveyor belt, and stuffs it into Crowley’s mouth. 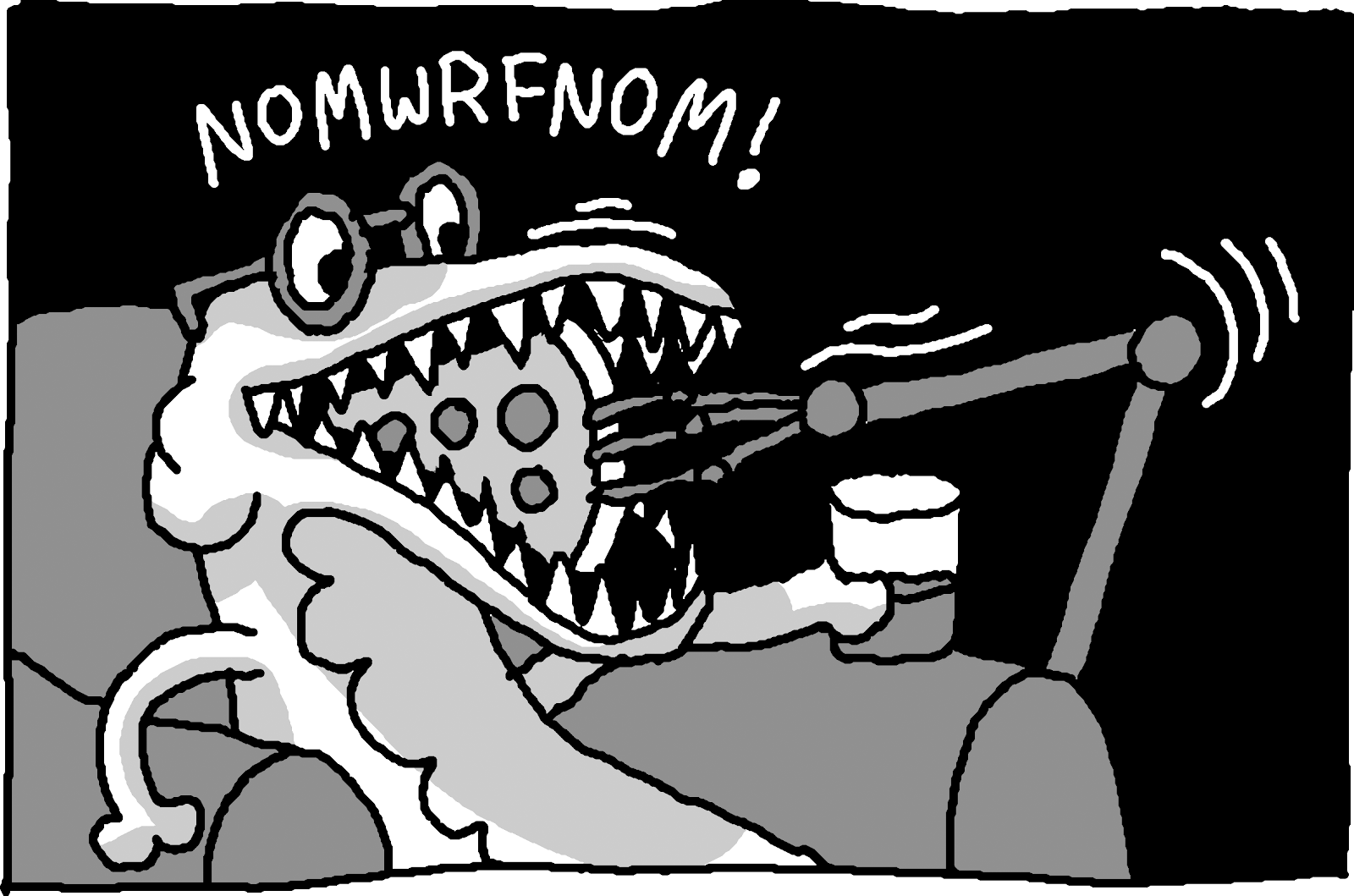 You might have thought that a world built entirely on decentralized Bitcoin transactions would be a horrific dystopia. But after reading the awesome description of a day in the life of a typical bitcoiner in the year 2030, where everything operates via Bitcoin, we’re sure your worries have been conclusively put to rest.

In 1687, Isaac Newton published his Principia, arguably the single greatest piece of intellectual writing in the history of mankind. This book made Newton famous because for the first time in history, someone had discovered simple mathematical formulas that could precisely describe the motion of the planets and other objects under the influence of gravity.

As great as this achievement was, the Principia had hidden within it another idea of even greater significance: the idea of infinitesimal calculus.2. Most of the technology on which modern society depends—computers, cell phones, and even atom bombs—could have existed in a world without a theory of gravitation; however, it is highly unlikely this technology could have existed in a world without calculus.

In 17th century Europe, not everyone could appreciate the value of calculus. Newton had crafted this very abstract innovation almost solely as a tool to solve the far more romantic and poetic problem of explaining the motions of the planets for the first time.

Certainly, it is far too early to estimate where and whether Satoshi Nakamoto’s Bitcoin whitepaper will appear in the annals of important scientific publications. But one fact is clear: In the same way that Newton had to first discover calculus to explain the motions of the stars, so Satoshi had to first discover the idea of a distributed anonymous ledger, the blockchain, to invent the idealistic notion of a fully distributed cryptocurrency.

However, unlike calculus and the laws of gravitation, the concepts of a blockchain and cryptocurrency are inextricably linked; they are yin and yang. A distributed form of money simply cannot exist without the security provided to it by the blockchain. Similarly, a blockchain cannot be created without giving people incentives to create it, and the only possible incentive that could work is a distributed form of money! 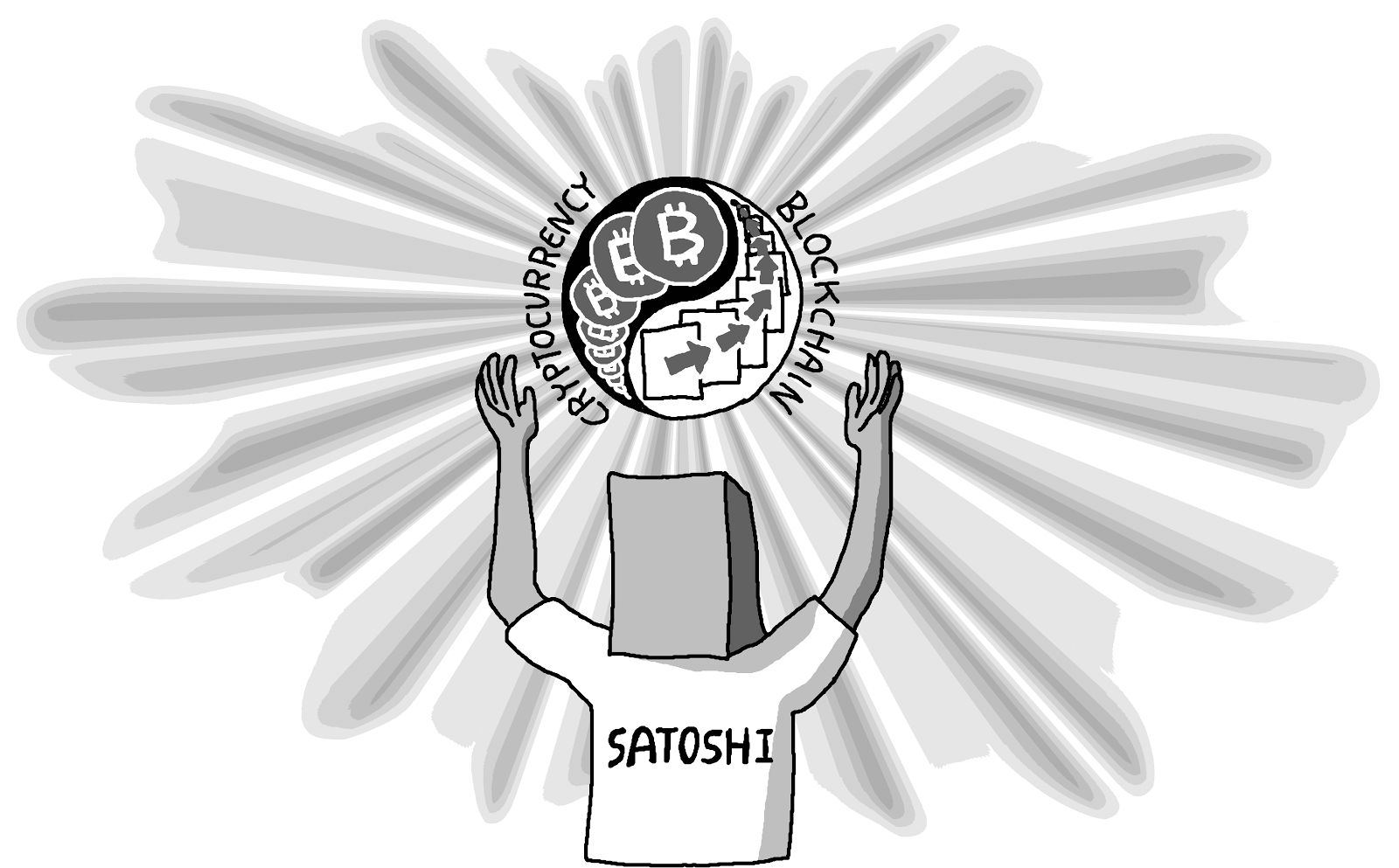 So therein lies the genius of Satoshi Nakamoto: A person who was able to imagine two distinct technologies that on their own were clearly impossible and impractical. Sometime in the mid-naughts when Satoshi formulated his original whitepaper, for the first time in the world a person was able to clearly realize that although both technologies were impossible on their own, if you combine the two ideas into one enmeshed system, they become not only possible, but actually practical!

The true future of Bitcoin is evident: The technology of the distributed asset ledger combined with an incentive-producing currency is certain to remain with us for all time.3. It is a mechanism that allows for great gains in efficiency in many situations in which trust previously had to be delegated to a central arbiter. Although there is no question that governments and central authorities will continue to exist and play a meaningful role in the world’s future, much of the current work performed by these governments and other authorities is also needlessly repetitive and mundane.

Just as robots have helped the world reduce menial physical labor, so cryptocurrency technology now gives us the tools to automate the menial labor of bureaucracy. Optimistically, the entirety of humanity will benefit as a result. 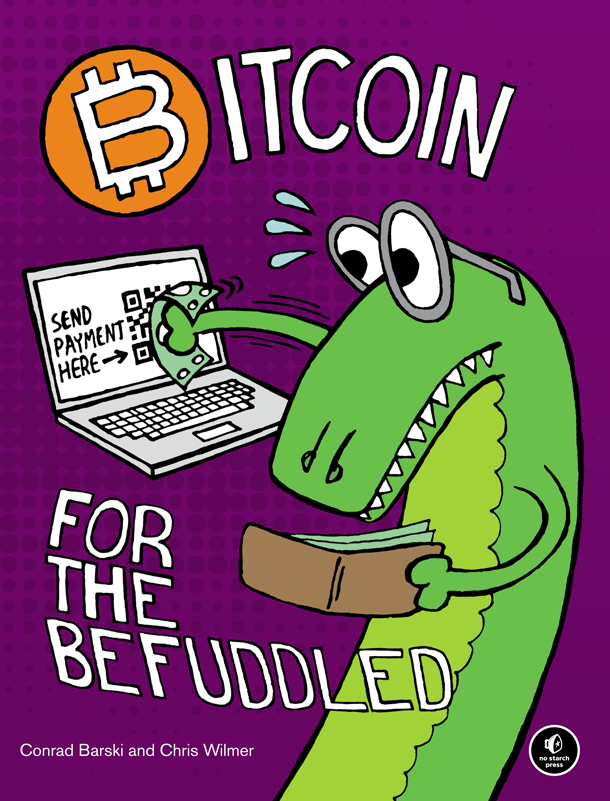 Excerpted from Bitcoin for the Befuddled, by Conrad Barski and Chris Wilmer. Published by No Starch Press.

The article first appeared in the blockchainfutureslab.com

The Six Advantages of Fintech

Why is Blockchain so Secure?